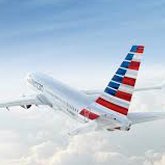 A sixth terminal will be built at Dallas Fort Worth International Airport (DFW), according to an announcement from the airport and American Airlines, the main carrier at the facility. The plans call for DFW to invest up to $3.5 billion in terminal improvements, including the construction of Terminal F and enhancements to Terminal C. The identified site south of Terminal D provides significant flexibility for phasing in gates for Terminal F, with a long-term projection of up to 24 gates, as demand for additional facilities is warranted. While there is no date for completion, design work will begin immediately with details to be finalized as part of a new airlines lease agreement for DFW that is being negotiated. Over the past several years, American has expanded its DFW service, and by June 2019 the airline will operate more than 900 daily flights from the airport. In total, customers have access to more than 230 nonstop destinations on American from DFW.