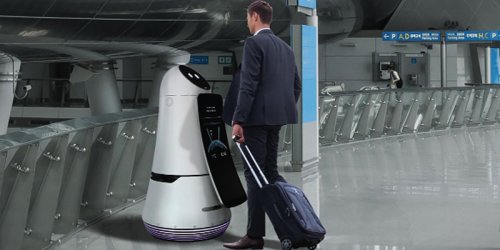 According to statistics compiled by the World Bank, nearly four billion people flew on airlines in 2017 – that’s four billion with a “b” – a number that’s nearly doubled in just the past decade. What’s more, the average increase in passenger traffic since the end of the recession in 2009 has hovered somewhere around 8 percent per year. At that rate, it looks like the number of air travelers could double again by the middle of the next decade; more than eight billion passengers, equivalent to the entire population of the Earth today.

With the Law of Large Numbers looming larger over the industry every day, commercial aviation is understandably keen on technology to solve the traffic and data management problems it faces in the coming years. The quest for more efficient operations at airports, especially large ones, to handle the growing number of passengers, increased baggage volume and flight information is pushing both governments and private companies worldwide to launch airport construction and refurbishment initiatives. Integral to these massive projects are improvements to airport data and technology systems.

A new forecast from Transparency Market Research predicts the global airport information system market will rise to nearly $47 billion by 2024, based on a compound annual growth of 7.2 percent between 2016 and 2024. Among the industry sectors that are receiving the most focus, TMR says baggage processing, which currently claims the lion’s share of the resources, is likely to continue to be the market’s largest segment for the foreseeable future.

Serko and FaceMe to Unveil ‘Digital Human’ for Corporate Travel