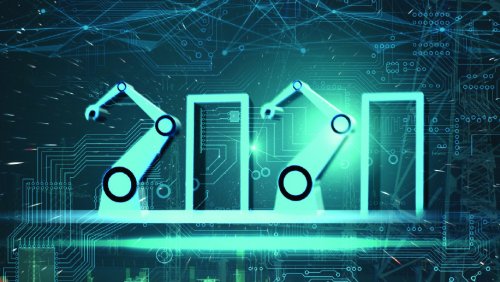 Founding Father Benjamin Franklin is usually credited with the bon mot, “In this world nothing can be said to be certain, except death and taxes,” though a little research dates the origins of the quote to a 1716 play, [ital] The Cobbler of Preston [end ital] (no doubt one of old Ben’s favorites). However there are a few other certainties in life, and one that inevitably comes with the turning of the calendar – as surely as day follows night – is the annual exercise of predicting which technology trends are likely to surge to the fore in the coming year.

While the headlines on these forecasts are often audacious, the reality frequently has a history of being more evolutionary, rather than revolutionary. Identifying a trend and spinning it out into the future as a continuation is often a safer bet than stepping out to “boldly go where no one has gone before.” But in an era of breakneck technological change, what would have been on the bleeding edge in years past is actually behind traveler expectations today.

One example is virtual reality and augmented reality.  A new study of travelers in Asia Pacific finds that half of the respondents would utilize VR or AR tours of their destination to get inspiration for their vacations. The survey of 2,300 travelers in 11 Asia Pacific countries was conducted by Hilton Honors in conjunction with research and insights company ENGINE.

The research found that in the future, travelers would be more likely to consider VR and AR as sources of travel inspiration than recommendations from locals (44 percent) and word of mouth (37 percent). Additionally, travelers say virtual reality and augmented reality could help make travel more fun in the future.