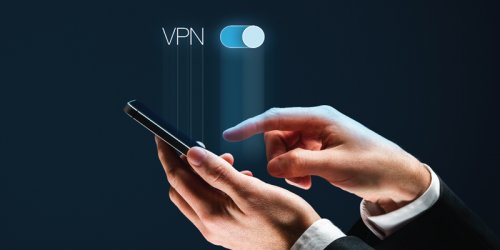 You probably have heard the abbreviation VPN, and you may know that it stands for virtual private network. Although VPNs have a well-earned reputation for enabling illegal downloads orother dodgy stuff, they can also be used for legitimate purposes, such as making sure blockchain transactions are about as private as they can be. The deep web – those sites not found via standard search engines – can also be accessed more securely using a VPN.

So what, exactly, is a VPN? At its simplest, a VPN is a series of computers networked together across the Internet. It creates a virtual tunnel between your computer and a server operated by the VPN company. This tunnel is encrypted so external Internet traffic can’t see your data.

Secure Connection
Most of the time, we don’t think about any of this and just connect to a hotel or coffee shop’s Wifi network. While generally speaking that’s a relatively low risk, it’s very hard to know who might be watching the traffic on a network. In extreme cases, it’s possible that a nefarious party could have set up a network in order to steal personal data. This could be passwords, credit card details or even just the e-mail you’re sending to change your return flight. While a reputable hotel may be trustworthy, using an Internet café is less certain.

Once a VPN is in place, however, neither those operating the network nor those trying to hack into it are able to intercept your data. So, that business-critical information you’re sending remains as private as you’d expect it to be.