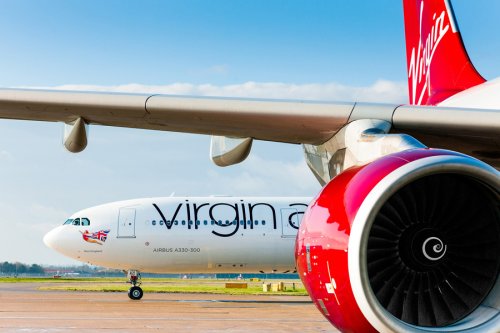 Virgin Atlantic will join the SkyTeam airline alliance early in 2023, according to an announcement from the carrier. The move, according to the airline, will: enhance SkyTeam’s offerings at both London Heathrow and Manchester Airport; provide customers with more opportunities to earn and redeem miles; and will give Virgin loyalty elite members additional benefits. Virgin Atlantic has already been part of a joint venture with SkyTeam members Delta Air Lines and Air France-KLM. Shai Weiss, CEO of Virgin Atlantic, said the membership will allow the carrier to enhance established relationships with Delta and Air France-KLM, as well as opening up opportunities to collaborate with new airlines. It will enable a seamless customer experience, he said, “with an expanded network and maximized loyalty benefits.”  And Kristin Colvile, CEO of SkyTeam, said that as a member of the alliance Virgin Atlantic “will benefit from increased opportunities to expand its global network through partnerships and synergies.” Virgin Atlantic flies to 12 destinations throughout the US in partnership with Delta and Air France-KLM, including New York, Los Angeles, Miami and San Francisco. In May the airline launched a new service to Austin; it will start daily flights to Tampa in November.