Executive had previously worked for association for seven years >> 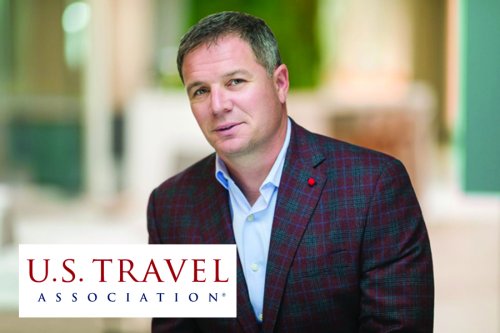 The U.S. Travel Association announced that Geoff Freeman will become CEO on Sept. 1, replacing Roger Dow, who is leaving after 17 years as the organization’s leader. Freeman, who previously spent seven years with U.S. Travel, is currently president and CEO of the Consumer Brands Association. Prior to that, he was president and CEO of the American Gaming Association. In his previous stint with U.S. Travel, according to an announcement, he provided strategic work that led to the establishment of the Travel Promotion Act of 2009 and the creation of Brand USA. He was also involved in the creation of TSA PreCheck and the Meetings Mean Business coalition. As CEO of the American Gaming Association from 2013 to 2018, said the announcement, Freeman led an industrywide campaign to legalize sports betting and expanded the organization’s membership to include tribal gaming entities. Freeman said he is “eager to get to work on behalf of this incredible industry, which has long held a special place for me.” There are few industries more essential to the nation’s economy, he said, more connected to consumers and more critical to bringing Americans together than the travel industry.

IHG in Deal With Unilever for Bulk Bathroom Amenities in 4,000 Hotels