Requirement for face coverings on public transportation will continue into January >> 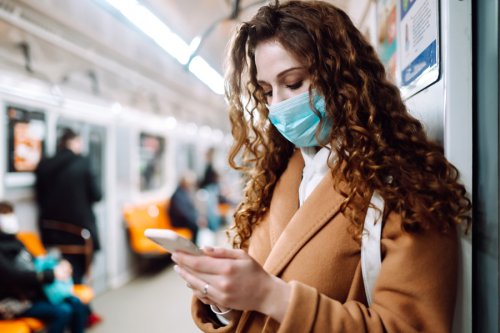 The U.S. Travel Association has come out in favor of the extension by the Transportation Security Administration of a federal mask mandate for traveling on public transportation through January.  Tori Emerson Barnes, executive vice president of public affairs and policy, said extending the mandate “makes sense for the current health environment and has the travel industry’s full support.” She said the universal wearing of masks in airports and on airplanes, trains and other forms of public transportation “is both an effective safeguard against spreading the virus and boosts public confidence in traveling — both of which are paramount for a sustained economic recovery.“ The TSA was scheduled to enforce the rule until Sept. 13. The mandate, based on Centers for Disease Control and Prevention guidelines, was first issued on Jan. 29, days after President Joe Biden took office. Before that, airlines had their own requirements for face coverings, but the prior administration had declined to make it a federal rule.