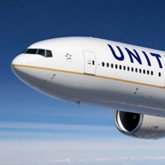 United Continental Holdings Inc., the parent company of United Airlines, has become United Airlines Holdings, dropping the Continental name almost 10 years after the carriers merged. The change was made, according to the company, to “show the world we’re truly a united United.” In a memo to employees, the company said that the name change reflects a desire to move the airline forward and marks another step on the journey of showing investors and the world that “we’re one team and singularly focused on becoming the best airline for our employees, customers and everyone we serve.” The carrier dropped Continental’s brand from its planes after the merger, but the name lived on in the holding company. Following the deal, many of the carrier’s senior management moved over from the former Continental.
Site TitleSite Slogan