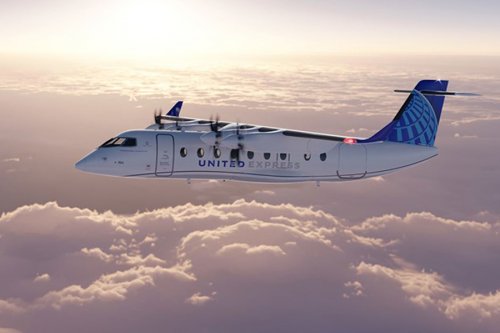 United Airlines has conditionally agreed to purchase 100 ES-19 electric aircraft, which may reach the market as early as 2026, according to an announcement. The equipment must meet the carrier’s safety, business and operating requirements before being placed into service.  In addition, United Airlines Ventures (UAV), the airline’s corporate venture capital fund, will invest in electric aircraft startup Heart Aerospace. UAV is making the investment in partnership with Breakthrough Energy Ventures and Mesa Airlines, a regional carrier. Mesa Airlines, United's key strategic partner in bringing electric aircraft into commercial service, has also agreed to add 100 ES-19 aircraft to its fleet, subject to similar requirements. The new planes have the potential to fly customers up to 250 miles. By utilizing electric motors instead of jet engines, and batteries instead of jet fuel, Heart's ES-19 aircraft will have zero operational emissions. Seating 19 passengers, the ES-19 aircraft will also be larger than its all-electric competitors and will be designed to operate on the same types of batteries used in electric cars.  Once operational, the ES-19 could operate on more than 100 of United's regional routes out of most of its hubs.