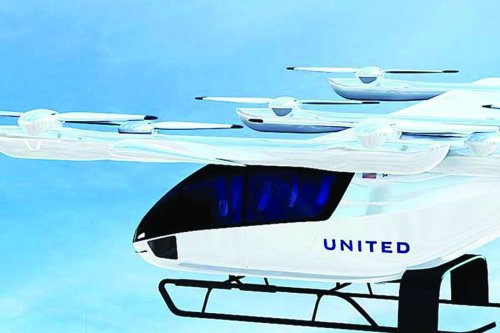 United announced a $15 million investment in Eve Air Mobility and a conditional purchase agreement for 200 four-seat electric aircraft plus 200 options, expecting the first deliveries as early as 2026. This marks another significant investment from United in flying taxis — or eVTOLs (electric vertical take-off and landing vehicles) — that have the potential, according to the announcement, to revolutionize the commuter experience in cities around the world. Rather than relying on traditional combustion engines, eVTOL aircraft are designed to use electric motors, providing carbon-free flights and to be used as “air taxis” in urban markets. Under the terms of the agreement, the companies intend to work on future projects, including studies on the development, use and application of Eve’s aircraft and the urban air mobility (UAM) ecosystem. Michael Leskinen, president of United Airlines Ventures, said United has now become the first major airline to publicly invest in two eVTOL companies. He said the agreement with Eve highlights the carrier’s confidence in the urban air mobility market and serves as another important benchmark toward the airline’s goal of net zero carbon emissions by 2050 — without using traditional offsets. Last month, United gave a $10 million deposit to a California-based eVTOL company for 100 aircraft.