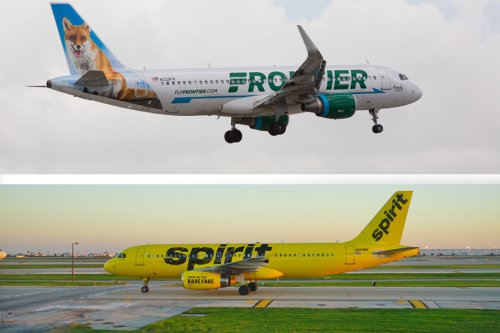 The board of directors of Spirit Airlines reiterated its support for the merger with Frontier Airlines after a second independent proxy advisory firm recommended the deal. JetBlue has made a hostile offer for Spirit. A final vote will be held June 30.  The Spirit statement came after the carrier signed an amended agreement with Frontier that increased Frontier’s offer. The advisory firm, Institutional Shareholder Services (ISS), recommended that Spirit stockholders vote for the merger agreement with Frontier because it “provides the best combination of long-term value and compensation in the event of regulatory rejection.”  Ted Christie, CEO of Spirit, said ISS is the second advisory firm to recommend the Frontier deal; the other was Glass Lewis. In the statement, Christie reminded shareholders that the June 30 vote is for the Frontier transaction. If that transaction does not receive stockholder approval, he said, the substantial regulatory issues in JetBlue’s proposal remain and there can be no assurance that a transaction with JetBlue will be agreed upon. “If you vote against the transaction or do not vote at all,” said Christie, “you are risking a value accretive transaction with Frontier for the illusion of a transaction with JetBlue that we believe is highly unlikely to be completed.”