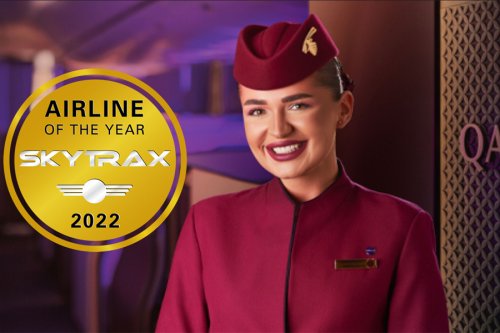 Qatar Airways was named World’s Best Airline at the first live Skytrax awards ceremony since before the pandemic. Skytrax is an airline ratings service that says its awards remained totally independent and impartial, with all customer survey costs and its awards event paid by the organizers and not by nominees. Singapore Airlines took second position in the world with Emirates third, ANA All Nippon Airways fourth and Qantas Airways fifth, out of more than 350 carriers included in the survey results.  Qatar Airways won nine awards overall; Singapore Airlines also received nine. In Europe, Turkish Airlines was dominant, receiving four awards including the Best Airline in Europe title. Delta Air Lines was the leader in North America, winning six awards, and was also the top-rated US carrier, coming in 24th globally. Among the other US carriers that finished in the top 100, Southwest was 35th, JetBlue 41st, Alaska 59th, United 60th and American 68th.  Southwest was also ranked the third-best low-cost airline.