Orlando Tops for Meetings, According to Cvent Report 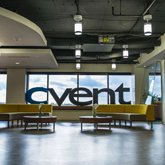 Orlando remains the No. 1 meeting destination in the US for the fourth year in a row, according to the annual ranking from Cvent, Inc., the meetings and events technology company. Las Vegas and Chicago remain second and third respectively, unchanged from last year. Seven cities from Texas are in the Top 50 ranking, followed by California and Florida, with six cities each. Cvent compiled the list by evaluating more than 5,000 cities on its supplier network, which features more than 255,000 hotels, resorts and special event venues. Destinations were ranked based on accessibility, facilities, costs, quality of services, personal safety and having a point of differentiation. The top 10 was rounded out by San Diego, Atlanta, Dallas, Nashville, New York, Washington D.C. and San Francisco.
Site TitleSite Slogan