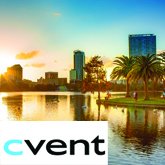 Orlando was named the top meeting destination in the US in the annual ranking from Cvent, the meetings technology company. London was ranked highest in Europe and Singapore led in Asia. In other regions, Nassau, Bahamas led for Caribbean and Latin America; Dubai for Middle East and Africa; and Toronto for Canada. The rankings were based on activity during 2018 as far as unique requests for proposals (rfp’s) received; total room nights received; awarded rfp’s; awarded room nights; percentage of qualified meeting venues; and number of profile views. Chris McAndrews, vice president of marketing for Cvent Hospitality Cloud, said that while the top destinations in each region have not changed significantly year over year, cities such as Napa (Calif.), Edinburgh and Beirut are new to their respective lists and have positioned themselves as top cities to host meetings and events.
Site TitleSite Slogan

US Hotel Pipeline Up Strongly in January