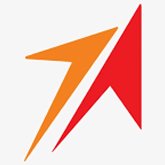 Travel Leaders Group has announced that Ninan Chacko has resigned as CEO, effective immediately. He is being replaced by J.D. O’Hara, who has served as president for the past year. Michael Batt, chairman, thanked Chacko for his four years of service, saying he led the company through a period of phenomenal growth and change and “raised the profile of our company across the industry.” O’Hara said he looks forward to running a company that, he said, “has grown to become an industry powerhouse over the last decade as it continues to evolve as an industry leader.” O’Hara has had a long association with Travel Leaders Group. He was part of the original management buyout of Carlson Leisure Group from Carlson Companies in January 2008 that eventually led to the formation of Travel Leaders Group and has served a key role in its ongoing growth.