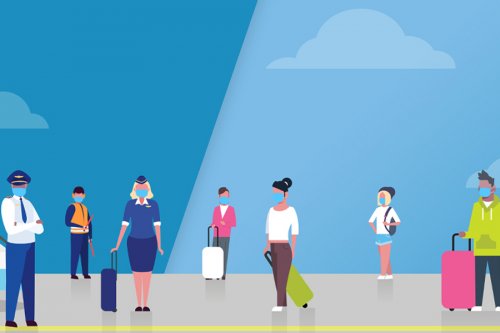 The major airlines will begin to “vigorously enforce face-covering policies,” according to a statement from Airlines For America (A4A). While almost every major carrier had announced mandatory mask policies, the rules had not been universally followed except for Frontier, which has said that flight attendants are under instruction to enforce mask requirements throughout its flights. The carriers that signed on to the statement were Alaska Airlines, American Airlines, Delta Air Lines, Hawaiian Airlines, JetBlue, Southwest Airlines and United Airlines. Each carrier, according to the statement, will determine the appropriate consequences for passengers who are found to be in non-compliance of the airline’s face covering policy up to and including suspension of flying privileges on that airline. A4A also said each airline will make an onboard announcement of its specific mask requirements and of the consequences for non-compliance.