The Lufthansa Group says it will move its Berlin flights to the German capital’s long-awaited new airport when it opens Oct. 31. Lufthansa, Brussels Airlines, Swiss and Austrian Airlines are set to make the switch from Tegel to Berlin Brandenburg Airport’s Terminal 1 on Nov. 8, while low-cost carrier Eurowings will move to Terminal 2 on Nov. 4.

The Lufthansa Group’s move will begin on October 31, and it will spend a week moving its operations. The booking systems have already moved to the new airport, so customers who book flights for November 8 or later will see BER as their destination. Those with flights already booked will be informed of the change. 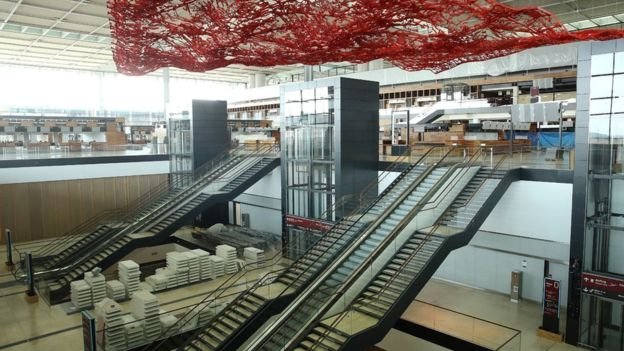 Berlin Brandenburg Airport (BER) was initially scheduled to open in 2011 but has been hit by numerous delays. The project has run more than three times over budget to an estimated €7.3 billion ($8.2 billion). Berlin’s Tegel Airport is set to close after BER opens, though a timeline for this has not been given. Schonefeld, the city’s other airport, will remain operational.