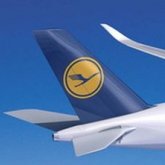 Lufthansa will launch a nonstop flight next year from Austin to Frankfurt, its main base. Beginning May 3, the carrier will offer five weekly flights from Austin-Bergstrom International Airport to Frankfurt Airport. With the new service, Austin will become the airline’s third gateway in Texas, following daily service from Dallas and Houston to Frankfurt. Lufthansa will operate the Airbus A330-300 on the route in a three-class cabin configuration offering customers business class, premium economy, and economy class. Flights will be operated on Mondays, Wednesdays, Fridays, Saturdays and Sundays. They will depart Austin at 4 p.m. and arrive at 9:05 a.m. in Frankfurt on the following day, offering passengers hundreds of connections to Europe, as well as Africa, the Middle East and India.
Site TitleSite Slogan