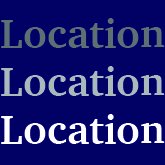 The brand’s first French property is the Hilton Garden Inn Bordeaux Centre, while Zambia’s capital city has welcomed the country’s first Hilton Garden Inn in Lusaka.  Elsewhere in Europe, a new property has opened in Munich. Other US openings including Boise, Topeka, Omaha, Dallas and Westchester and Corning, NY.

Shanghai – Hyatt Hotels has announced the opening of Hyatt Regency Shanghai Jiading, the first Hyatt-branded hotel in northwest Shanghai. The hotel features 304 guestrooms from floors 27 to 40, including 23 suites, four executive suites, and a presidential suite. The property has four food and beverage offerings and nearly 38,000 square feet of meeting and event space.

Charlotte, NC – Choice Hotels International has announced the opening of two new WoodSpring Suites properties in Charlotte, one in Northlake and the other in Matthews. Both hotels offer 122 rooms with a mix of queen and king size beds and in-room kitchens, plus a 24/7 fitness center, free parking, complimentary guest WiFi and 24/7 guest laundry.

Al Alamein, Egypt – The historic Al Alamein Hotel in Egypt has officially reopened after major renovations. The hotel's refurbished retro-modern interiors hark back to the glamorous 1960s, when the resort first opened. The hotel is part of a residential and tourist community in Marassi, Emaar Hospitality Group’s flagship Mediterranean development in Egypt, which will feature beach and golf resorts and seven luxury hotels with 3,000 rooms.