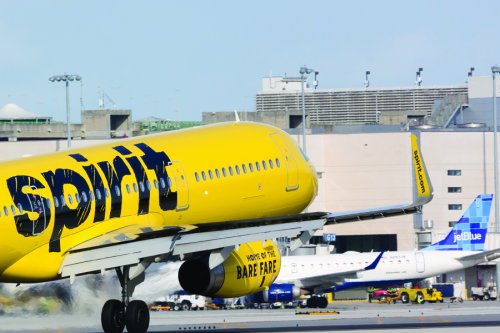 JetBlue announced it has enhanced its proposal to acquire Spirit Airlines based on discussions with Spirit shareholders and issued an open letter detailing the benefits of its “decisively superior proposal and the recent misleading statements made by Spirit.” JetBlue continued to encourage Spirit shareholders to vote against Frontier’s “inferior offer” when a vote is taken on June 30. After engagement and consultation with shareholders and positive investor reaction to the value and certainty of JetBlue’s offer, according to a statement, JetBlue amended its proposal as follows:
Robin Hayes, CEO of JetBlue, said that after the Spirit board’s failure to recognize its offer, his company discussed the offer directly with Spirit shareholders and was modifying its proposal in response to shareholders’ expressed interests, to include a monthly payment for shareholders, with the certainty of a significant cash premium at closing. Spirit shareholders, he said, should not be misled by Spirit and Frontier’s rosy projections of a potential future stock price, “which are based on highly flawed assumptions that fail to account for the actual market conditions, including the need for pilot pay increases and elevated fuel costs.” The Spirit board, said Hayes, “has approved a revised deal that is ultimately better for Frontier and its controlling shareholder than it is for Spirit shareholders.”