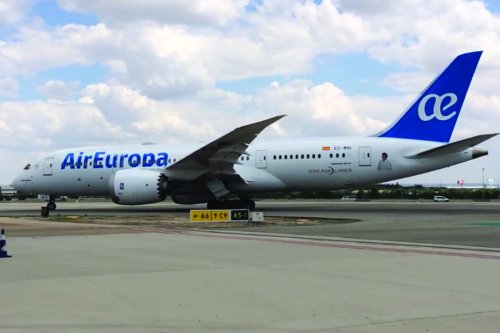 International Airlines Group (IAG) has taken a 20% equity position in Air Europa, a Spanish carrier. IAG owns British Airways, Iberia, Vueling, Aer Lingus and Level. The company had loaned Air Europa parent Globalia 100 million euros in March. IAG took the stake in Air Europa by exercising its right to convert that loan into equity. IAG had previously tried to purchase Air Europa, but the deal collapsed in December because of scrutiny from European regulators who had concerns about reduced competition on Spanish domestic and international routes. In March, IAG’s CEO Luis Gallego said the company remains convinced about the strategic importance of this deal to the development and competitiveness of Madrid’s hub. Air Europa is the third-largest carrier in Spain after Iberia and Vueling, both owned by IAG. Air Europa operates domestic and international flights in Europe, as well as long-haul routes to Latin America, the US, the Caribbean and North Africa.