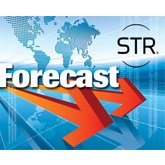 Hotel supply growth is the highest in almost nine years, group hotels are going strong and San Francisco’s lodging industry is surging, according to the latest report from STR, the industry statisticians. According to the report, supply growth is now 2.1 percent, while group hotels had “a monster month” as average daily rate (ADR) increased 4.5 percent. The report called 2019 “the year of San Francisco” as February revenue per available room (RevPAR) in the city was up 28.4 percent, driven by a 23.4 percent ADR increase to $258. Much of the increase can be attributed to the return of the George R. Moscone Convention Center to the marketplace after it was closed for several years for an expansion and overhaul. In fact, said the report, the city provided a 30 percent lift to national ADR  and RevPAR.
Site TitleSite Slogan