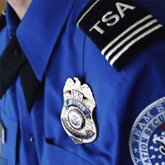 Longer security lines and more flight delays are expected at US airports until federal agencies are again fully funded, according to a report from BCD Travel. According to the TMC, the partial government shutdown is likely to increase waiting times at federally staffed touchpoints in airports, including security lines, customs lines and runways, the latter of which could increase airline takeoff and landing times. Travelers, said BCD Travel, should allow themselves extra time to check in at airports and get through security lines. They should also try to avoid tight connecting flights. In a Twitter statement, TSA officials advised that a larger number of employees than usual have called in sick during the shutdown, resulting in varying wait times in airport security lines. Security effectiveness will not be compromised and performance standards will not change during the shutdown, according to TSA. The partial shutdown will not affect air traffic control safety, according to BCD Travel,  but will lower the total capacity that air traffic controllers can manage — leading to flight delays, according to the largest US pilots union.