Statement from association says separation was mutually agreed to after accusations >> 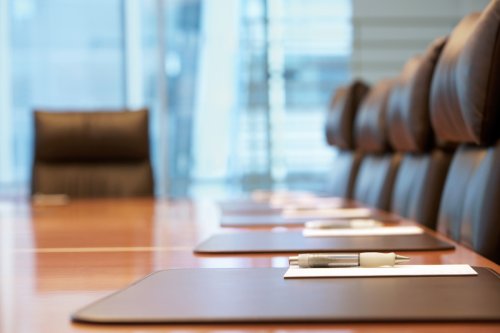 The Global Business Travel Association paid former CEO Scott Solombrino $5 million as part of a separation agreement when he departed the organization in 2020 after he was accused of “racist, divisive and derogatory" behaviors in a letter to the board of directors dated June 7, 2020. The payment was confirmed by David Leibowitz, a spokesman for the GBTA. Solombrino was cleared of wrongdoing via an investigation conducted by a law firm that had long represented the association. In a statement, GBTA said that in July 2020, the board of directors and Solombrino “mutually agreed to part ways.” It continued that while an independent investigation into anonymous allegations of wrongdoing found Solombrino committed no misconduct or legal wrongdoing, he and the board agreed it was time for him “to pursue other opportunities.” The statement said the board was then — and remains today — fully committed to improving every aspect of GBTA, including the association’s culture, its governance and operations, and the ways in which GBTA serves the business travel industry and its membership. GBTA, said the statement, has instituted myriad changes over the past 17 months. The organization, said the statement, has new leadership at the chief executive officer level (Suzanne Neufang); and nine new board members were seated in 2021. GBTA also employed MCI-USA to conduct a three-month, comprehensive audit of the association, which resulted in numerous cultural and operations changes; an extensive outreach program by the GBTA Bylaw task force resulted in membership approving changes to governance, expanding elections and ensuring more effective global representation. The statement added that as 2022 begins, “GBTA is financially secure.“ The statement referred to the “constructive criticism we received from the industry, our staff and members worldwide.” It concluded: “Today’s GBTA is a more evolved and transparent association. The board and the GBTA team are proud of this progress and committed to continuing this improvement and better serving each and every one of you.”