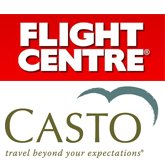 Flight Centre Travel Group has acquired California-based Casto Travel Inc.’s (CTI) US operations; the sale is expected to close in early February. Established in 1974,  CTI generates annual volume of $120 million and serves large corporate travel accounts from its three offices in San Jose, San Francisco and Tiburon. Graham Turner, managing director of Flight Centre, said the deal strengthens his company’s overall US operations, giving it greater scale in Silicon Valley and the large West Coast market, where it had a relatively small corporate presence. Dean Smith, president of the Flight Centre Travel Group for the Americas, said CTI’s location in the heart of Silicon Valley brings with the benefit of access to the fast-growing technology sector. Both Marc Casto and Maryles Casto, the company’s leaders, will remain in executive roles post-acquisition.