Project will include new terminal and two satellite concourses >> 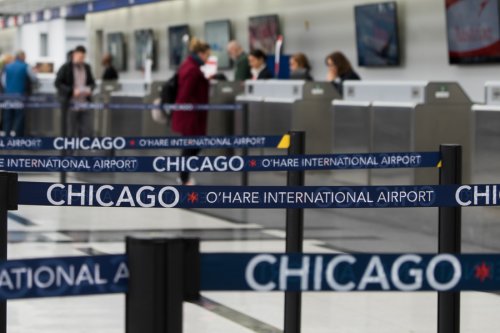 The TAP, according to an announcement, is a critical component of the O’Hare 21 plan, an ongoing investment in the airport’s terminals that will further support the breadth of air service that makes the facility one of the world’s busiest airports. Among other benefits, according to the announcement, the TAP will:
The FAA’s decision clears the way for construction to begin on the satellite concourses and related airfield work when the ground thaws next spring. The current construction timeline calls for the first satellite concourse to be completed in 2027 and the second satellite concourse to reach completion in 2028.

Demolition of Terminal 2, the airport's oldest passenger facility, will occur in phases. The work is scheduled to begin in 2026, with a target completion date of 2030 for construction of the O’Hare Global Terminal.

Construction of a large tunnel connecting passengers, baggage and utilities between the O’Hare Global Terminal and the satellite concourses is anticipated to begin in 2024, with a construction completion date of 2030.