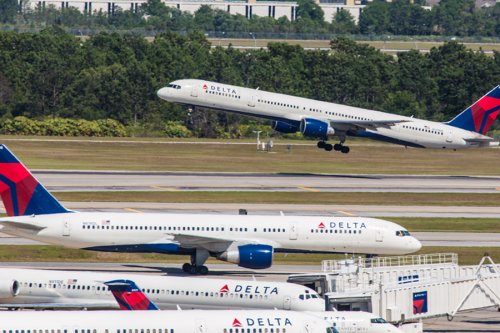 Delta Air Lines will begin flying between Los Angeles and Auckland on Oct. 28, becoming the only US carrier to offer service between the two cities, according to an announcement.

The airline also announced that it would be offering more seats across the Atlantic than ever before this summer, including new service from New York-JFK to Geneva and London Gatwick; and new flights from Atlanta to Nice, Tel Aviv and Edinburgh.

Joe Esposito, senior vice president-network planning, said that with more than 1,750 weekly flights to 85 destinations globally this summer, Delta is well positioned to deliver on its plans to fully restore its network in 2023.

The New Zealand flights will be on Airbus A350-900 aircraft and, according to the announcement, will complement the airline’s current service from Los Angeles to Sydney, where it operates 10 flights weekly in the winter; as well as its daily service to Tokyo-Haneda.

Delta also announced that its Delta One dessert cart in the business class cabin, suspended during the pandemic, will return on international flights. The trolley includes desserts, fruit and cheese plates and build-your-own ice cream sundaes.