Las Vegas is projected to be the leader, followed by New York and Orlando >> 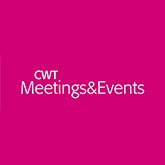 CWT Meetings & Events, a division of Carlson Wagonlit Travel, has unveiled its predictions for the top 10 North American cities for meetings and events in 2019. The ranking is based on proprietary and industry data in CWT’s 2019 Meetings & Events Future Trends report, to be published next week. The top 10 are: Las Vegas, New York, Orlando, Boston, San Antonio, Dallas, Seattle, San Francisco, Chicago and Vancouver. Next year’s ranking sees three new entries: Boston (4) and San Antonio (5), plus Vancouver (10) in Canada. Canada was last featured in the 2017 North American top 10 cities with Toronto, then in second place. Cities that have dropped out of next year’s list include Philadelphia (5th in 2018), Phoenix (6), and Atlanta (7). In the North America marketplace, cost per attendee per day is predicted to rise 1 percent in 2019, to an average of $234. Average 2019 group size is projected to increase to 88, up 14 percent from 2018.