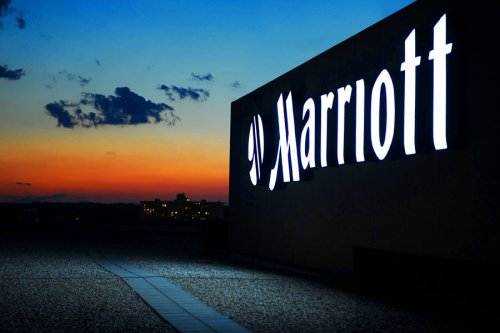 Business travel sales are now down in the “mid-teens” compared with sales in 2019, according to Drew Pinto, global officer, global sales, distribution and revenue management, speaking at a Marriott media event in New York. He said that just a few months ago the number was 30% to 40% but there has been improvement of several percentage points each month. He said length of stay, shoulder period nights and occupancies are all up and higher than they have been in the past. The classic midweek Tuesday/Wednesday business travel period, said Pinto, is improving rapidly but not to where the company would like it to be.

Commenting on the current request-for-proposal (RFP) season, Pinto said customers seem to be 50-50 on the process, with half wanting to go to traditional RFP’s, while the other half are seeking dynamic rates or don’t know which way to go. He said Marriott is working with customers to guide them on the process, but he believes many of those who are undecided will go with the traditional process.

Julius Robinson, chief sales and marketing officer, US and Canada, said Marriott did not expect that meetings would be the second big segment to come back (after leisure), although that heavily includes smaller meetings. He said there is an “incredible amount of short-term business” — like bookings for eight to 900 rooms booked 45 to 60 days before an event starts, which has become “commonplace.” He said that kind of trend puts a lot of pressure on staffing levels because it creates “a very dynamic environment.”

Meeting planners, said Robinson, are still less confident about attendance and so are being more conservative when signing contracts. He said the demand has really increased for events that haven’t been held for several years, which involves a lot of back and forth with hotels about providing more space.

Hybrid meetings are still part of the conversation, said Robinson, but mainly for special events like medical conferences where certifications are involved. Otherwise, he said, most planners want to return to face-to-face.
Sustainability issues have become key for buyers, said Denise Naguib, vice president, sustainability and supplier diversity, who said the goal as contracts come up is to be able to provide more data to customers, who want to know what policies are in place, where the risks are and how are they being addressed.

Robinson said it used to be “almost a badge of honor” to fly to Denver to have lunch and return the same day. Now customers say they would never do that again, with companies having triggers in their systems asking why a traveler might be going someplace for just one night.

Pinto said Marriott hopes to launch in the fall the ability to do instant bookings for small groups through a partnership with Groups360. He said the company sees a lot of opportunities for small, simple meetings to be booked online.