As the costs of grounding the Boeing 737 Max 8 airplanes mount, airlines targeting manufacturer for relief >> 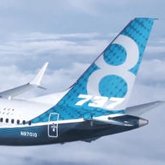 While airlines around the world sort out the costs of grounding planes as a preventative measure following the crash incidents involving Lion Air and Ethiopian Airlines Boeing 737 Max 8 aircraft, the Everett, WA-based airline manufacturer may be taking hits to its reputation and bottom line.

Norwegian Airlines, which has 18 currently grounded Max jets, went on record yesterday announcing plans to find a way to make Boeing pay for the losses in revenue involved.

“We expect Boeing to take this bill,” the Oslo-based carrier said in an emailed statement to its employees that was later leaked to reporters.

Norwegian has dozens more ‘MAX’ models on order for delivery in coming years, a number that could reach 70 by the end of 2021, as noted in company financial statements. The airline is deploying Boeing 787 Dreamliner aircraft to make up for the ground aircraft interruptions.

Investigators are working to determine the cause of the crashes and are as of today admitting that there are similarities between the Lion Air and Ethiopian Airline crashes.

Observers are contending that Boeing did not take the costly step of retraining pilots on a new feature in the flight control system when it introduced the MAX 8 in 2017, leaving pilots to believe the new models flew the same way as the other tried and true 737s.

Boing has a lot weighing on the future of the Max 8 planes and has concerns that airline companies may now go back on those intended deliveries. Boeing has received more than 5,000 orders for the fuel-efficient plane from more than 100 airline customers worldwide, according to reports.

It's unclear how much loss could come of these events for Boeing. The last time the FAA grounded an airplane in the U.S. was in 2013, when the Boeing 787 Dreamliner demonstrated a problem with lithium-ion batteries that ignited.

Rumors had it that the undisclosed damages to the $100 billion aircraft manufacturer in those cases totaled around $500 million.

A two-month halt in deliveries of the new jet could cost Boeing $5 billion in revenue.