Executive had served as CEO of Travel Leaders Group after merger >> 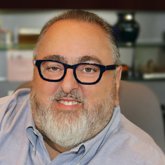 Barry Liben, chairman of Tzell Travel Group, died on Jan. 2 at 67.  A statement from Travel Leaders Group, which merged with Tzell in 2008, said Liben had had “a long year of health battles.” Liben was president and CEO of Tzell for nearly 40 years before becoming chairman in 2016. After the merger, he served as CEO of Travel Leaders Group until 2015 and was a member of the company's board of directors. He worked in partnership with Travel Leaders Group chairman Michael Batt to grow the enterprise from $7 billion in annual sales volume to nearly $20 billion. During his tenure, Travel Leaders Group acquired Protravel International, Vacation.com and Nexion, while expanding internationally into Canada, Australia, Ireland and Greece. Batt said in a statement: "Barry will be remembered as a kind and generous leader who was driven to succeed through determination and hard work. He was one of our travel industry's biggest champions and will be missed by all."