Executive will take over in mid-April, replacing Richard Anderson, who will stay until end of 2020 >> 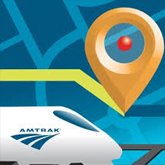 Amtrak has named aviation industry veteran William Flynn as its next president and CEO, to take effect in mid-April. He will replace Richard Anderson, another aviation industry veteran, who has served as CEO since July 2017 and will stay on until the end of the year. Flynn has served as president and CEO of Atlas Air Worldwide, a global air freight company, for the past 13 years. He has also held executive positions at companies specializing in rail freight, container shipping and logistics. Flynn takes over after Amtrak reported record ridership and revenue figures for the most recent fiscal year, leading officials to predict the government-owned passenger railroad could soon eliminate operating losses for the first time in its 49-year history.