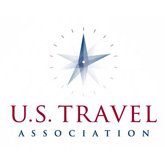 By a five-to-one margin, Americans believe flying is much worse than it was five years ago, according to a poll done for the U.S. Travel Association. The survey showed that 51 percent of respondents thought air travel is more of a hassle while just 9 percent think it’s less of a hassle. Twenty-two percent saw little change while 17 percent didn’t know or had no opinion. Sixty percent said fees have gotten worse and 51 percent said the overall cost of flying has gotten worse. Also, 47 percent said airport hassles, like long lines and crowded terminals, have gotten worse. USTA said that because of these issues and others, Americans avoided 32 million air trips last year, costing the economy more than $24 billion in spending. Jonathan Grella, executive vice president of public affairs for USTA, said that with aviation infrastructure funding being debated in Washington, “the survey results indicate that addressing these problems is more urgent than ever.”
Site TitleSite Slogan

USTA Puts Together Guidelines for Travel in “the New Normal”