Partnerships will provide extensive connections in India and Southern Africa >> 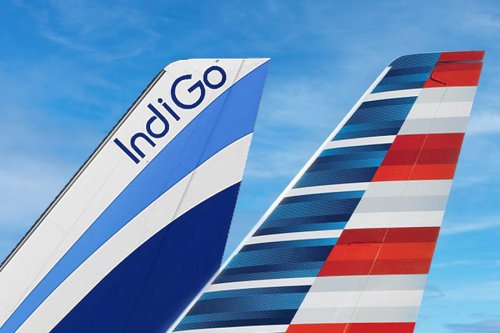 American Airlines and United Airlines announced new codeshare agreements with IndiGo, the Indian low-cost carrier; and Airlink, an African airline, respectively. American’s agreement will place the carrier’s code on 29 of IndiGo’s domestic routes in India, providing a convenient option for American’s customers arriving on the carrier’s new Bengaluru and Delhi flights. The codeshare, which will require US and Indian governments’ approvals, is expected to begin in October, as American launches new service between New York (JFK) and Delhi on Oct. 31 and between Seattle  and Bengaluru on Jan. 4, 2022. Vasu Raja, American’s chief revenue officer, said  the partnership makes it easy to reach all four corners of India. Members of American’s AAdvantage loyalty program will earn miles when traveling on American codeshare flights operated by IndiGo. India’s largest airline by number of passengers carried, IndiGo has a fleet of more than 275 aircraft and operates more than 1,100 daily flights connecting 70 domestic destinations and 24 international destinations. The United-Airlink arrangement will offer one- stop connections from the US to more than 40 destinations in Southern Africa. This codeshare will be implemented upon final government approvals. Rodger Foster, CEO of Airlink, said the codeshare means that  customers in the 12 African countries the airline serves will have “fast and seamless” access to all of United's network. Airlink is an independent, privately owned, full-service airline. It serves more than 45 destinations in 12 countries.