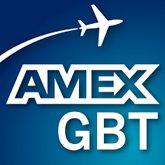 Airfares will rise minimally in the continental US and even less on some international routes in 2020, according to the American Express Global Business Travel (GBT) Air Monitor 2020. Ongoing global trade tensions will continue to cause a drag on economic growth across North America, according to the research. An expected economic deceleration in the US will also impact the Canadian economy. Against this backdrop, and compounded by a large capacity increase, airfares within North America are predicted to rise by just 1.5% across the business and economy cabins. Price changes are expected to be minimal across most key routes from North America. Fares to European destinations could increase as Norwegian pulls capacity. However, Brexit uncertainty will dampen fare increases to 1%. Flights on routes to Australasia could see the biggest increases, as the new American Airlines-Qantas joint venture gains traction. This could mean fares increasing by up to 5% in both cabins. Fares on routes to South America are predicted to fall by 1%, as political volatility in Brazil, Venezuela and other countries impacts business and trade activity.
Site TitleSite Slogan