Three-times-weekly flights to begin on Sept. 17 >> 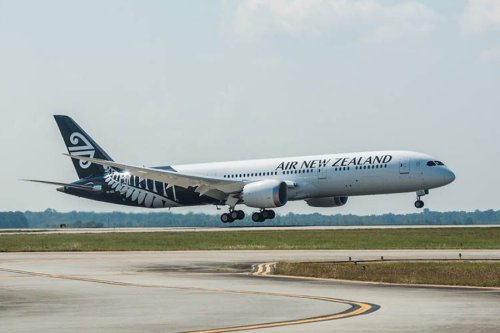 Air New Zealand announced it will begin nonstop flights between New York’s John F. Kennedy Airport and Auckland International Airport on Sept. 17. The airline will operate the new route three times a week year-round with its Boeing 787-9 Dreamliner aircraft. The new service, according to an announcement, further deepens the alliance between Air New Zealand and United Airlines. Greg Foran, CEO of Air New Zealand, said that with international flying on hiatus for almost two years and the New Zealand border reopening on May 2 to US passport holders, “this is the moment visitors have been waiting for.” He said that in the six years before the pandemic, US visitor numbers had doubled, so the airline expects its nonstop service to be incredibly strong year-round. The configuration of the Boeing 787 Dreamliner that will service the route offers more Premium seats than other Dreamliners in the airline’s fleet. The 17-plus hour  flight will offer 27 seats in Business, 33 in Premium Economy, 215 in Economy and 13 Economy Skycouches –  private Economy seats that convert into couches after take-off so customers can spread out, lie down or sleep. The carrier has connections to 20 different regions in New Zealand, all within two hours.