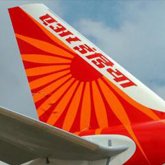 Air India has withdrawn all its flight and fare content from Sabre’s global distribution system, according to a Sabre statement. Sabre said that after “a successful 20-year relationship,” Air India has decided to discontinue distributing its content through the Sabre GDS. Consequently, Air India content is no longer available to Sabre-connected travel agencies, effective Jan. 2. The move follows Air India’s exit from the Amadeus GDS 13 months ago. In October 2018, state-owned Air India entered into an exclusive content agreement with Travelport for distribution of its domestic flight content within India.  Sabre and Air India had engaged in discussions for close to a year to reach a new agreement, ahead of the existing contract’s expiration date and after receiving a termination notice from the carrier. Negotiations failed to reach an agreement.
Site TitleSite Slogan