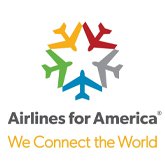 Airlines for America, the industry trade organization, expects a record 257.4 million passengers – an average of 2.8 million per day – to travel on US airlines between June 1 and Aug. 31. That number is up 3.4 percent from last year’s record 248.8 million passengers. Airlines are adding 111,000 seats per day to accommodate the additional 93,000 daily passengers expected during the summer travel period. This will be the 10th consecutive summer to see an increase in the number of US airline passengers. Inflation-adjusted air fares declined for a fourth consecutive year in 2018, with the average domestic fare dropping to $350, including government-imposed fees and taxes. That ticket price is down 15.9 percent from 2014 and, according to the Bureau of Transportation Statistics, it is the lowest average inflation-adjusted fare since the agency began collecting such records in 1995.
Site TitleSite Slogan

US Airline Industry Asks for $58 Million in Federal Aid