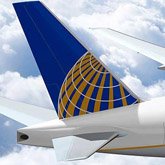 United Airlines has applied to the U.S. Department of Transportation for authority to begin new service between Newark Liberty International Airport and Cape Town International Airport. The carrier plans to operate three nonstop weekly flights to the South African city starting in December and says it would be the only nonstop service between the US and Cape Town. The service would decrease the current travel time from New York to Cape Town by more than four hours and provide customers from more than 80 US cities with one-stop access to Cape Town. If approved, the route would be operated with Boeing 787-9 Dreamliner aircraft featuring 48 seats in United Polaris business class, 88 seats in United Economy Pus and 116 seats in United Economy.
Site TitleSite Slogan