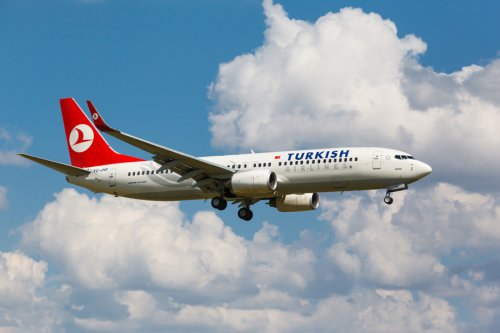 Turkish Airlines earned a net profit of $161 million in the first quarter, according to the company, despite the effects of the pandemic and increasing geopolitical tensions. The carrier’s total revenue was $3.1 billion, surpassing the same period in 2019 by 10%. Despite increasing oil prices, the airline managed a profit, according to a statement, by lowering its total expenditures by 2%. As a result, EBITAR (earnings before interest, taxes, amortization and rent) was $710 million, a 98% increase compared with the same period in 2019. During the first quarter of 2022, which saw the carrier reaching 91% of its passenger capacity in the first quarter of 2019, Turkish carried a total of 12.7 million passengers with an 83.6% load factor for domestic flights and 68.6% load factor for international flights. As of the end of March 2022, according to the statement, the airline was operating one of the world’s youngest and most modern fleets with 372 aircraft; 248 of them were narrow-body, 104 wide-body, and 20 cargo aircraft.