Rebranding will be followed by launch of ‘next generation platform’ >> 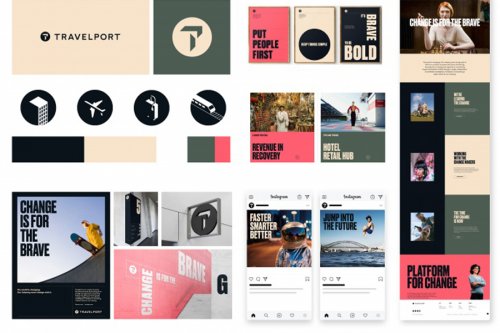 Travelport, the travel technology and distribution company, has launched a new visual identity, part of the company’s first-ever end-to-end rebrand. The company’s familiar blue logo has made way for a sharp black version, which is also available in a pastel shade known as Travelport Sand. Greg Webb, CEO, said, “Travelport has transformed.” He said the company is now fully focused on what it does best —  “connecting buyers and sellers that share our passion for delivering exceptional travel experiences.” He said the rebranding will be followed up soon with the launch of a next-generation platform, “which will change the game in travel retailing.” Travelport’s rebrand was overseen by Webb and Jen Catto, CMO,  who joined the company in September 2020. “This is a holistic rebrand,” said Catto. She said the new identity is “a promise to build a better, simpler and smarter future for travel retailing.” Travelport’s new visual identity can already be seen on its website and social media channels, which now include Instagram. The full rebrand of all assets, including products and office spaces, will be completed in the coming months.