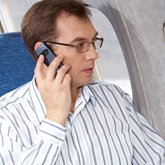 A large majority of US travelers opposes the use of mobile phone calls on airplanes, according to a Nielsen survey commissioned by Turkish Airlines. The opposition has continued to grow since 2015. The report found that among US travelers, the most important in-flight factor is the cleanliness of the cabin and lavatory (96 percent). Other highly important factors for passengers include: friendly, attentive and accessible staff (94 percent); wider seat spacing in all classes (93 percent); quality food and beverage options (92 percent); and console screen on the back of the seat for entertainment and information (90 percent). Internet connectivity (77 percent) is the most expected feature. The survey also asked about booking preferences and found that the most important aspects for passengers in the U.S. are nonstop flights (93 percent), established good service on board in economy class (92 percent), maximum of one stopover (89 percent) and services offered by an airline’s frequent flier program (81 percent).