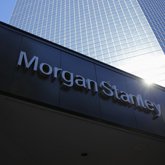 Travel buyers do not expect significant airfare increases in the coming year, according to Morgan Stanley’s 2018 Global Corporate Travel Outlook Survey. On average, buyers expect fares to be up 1.8 percent year over year, but about half expect fares to remain steady, with corporate discounts also remaining steady in the 10 to 15 percent range. The buyers do expect strong air volume growth in 2018, with the largest expected growth on domestic routes in North America, up 2.5 percent with fares up 1.6 percent; and on transatlantic routes, up 2.3 percent on 1.3 ptercent higher fares. The use of low-cost carriers has decreased, according to the report, down more than a percentage point from the previous year. Little change in premium-class policies is expected next year, with less than 10 percent of buyers expecting policies to become more liberal.