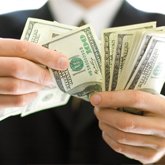 Average compensation for U.S. travel buyers saw a 5.5 percent year-over-year increase in 2017, reaching an average of $107,000, according to new findings from the GBTA Foundation, the research arm of the Global Business Travel Association. Median salaries are also up, increasing 7.5 percent to $98,000. The  foundation’s “2017 Compensation and Benefits” study delves into salaries, bonuses and benefits for US travel buyers and reveals differences in compensation based on a variety of factors including experience, region, position, company travel spend, and gender. The largest gap in compensation can be attributed to position level. Directors and executives earn an average of $146,000, which is 40 percent more than managers’ average of $105,000. Similarly, managers earn 33 percent more than entry-level/experienced buyers ($79,000). Income also varies based on region. On average, buyers earn more in the Northeast ($119,000) and West/Pacific ($115,000) than in the South ($99,000) and Midwest ($97,000). Surprisingly, there is no major difference between those who have an associate’s degree or less and those who have a bachelor’s degree. This contrasts with last year’s study, which revealed a difference in compensation between the two education levels.