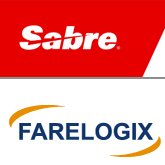 Sabre Corporation will challenge the lawsuit filed on Tuesday by the U.S. Department of Justice seeking to block the company’s planned acquisition of Farelogix, Inc. Farelogix is an airline technology company that has been a disrupter in distribution. The DOJ said the $360 million acquisition was a “dominant firm’s attempt to eliminate a disruptive competitor.” The suit, filed in U.S. District Court in Delaware, said the firms compete head-to-head to provide booking services to airlines, including offering IT solutions that allow airlines to sell tickets and ancillary products through traditional brick-and-mortar and online travel agencies to the traveling public. Makan Delrahim, who heads the Justice Department’s Antitrust Division, said in a statement that if allowed to proceed, the acquisition would likely result in higher prices, reduced quality and less innovation for airlines and, ultimately, traveling American consumers. Sabre said it would challenge the lawsuit as the Justice Department’s claims reflected a “fundamental misunderstanding of the industry” and that the two companies’ services were “complementary rather than competitive.”
Site TitleSite Slogan