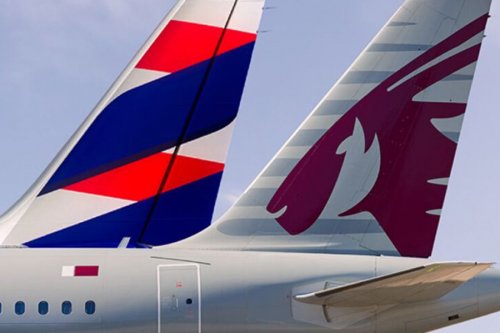 Qatar Airways has signed an expanded codeshare agreement with LATAM Airlines Brasil that will see its code placed on 45 additional LATAM Airlines Brasil flights, enhancing connectivity across Brazil to and from destinations such as Curitiba, Manaus, Porto Alegre, Rio de Janeiro, São Luiz and Vitoria. LATAM Airlines Brasil will also be adding its code on Qatar Airways’ recently expanded 10 weekly flights to and from São Paulo, as well as on flights to several additional destinations beyond Doha, including Bangkok, Hong Kong, Maldives, Nairobi, Seoul and Tokyo, subject to regulatory approval. With an existing loyalty cooperation arrangement in place, frequent fliers with both airlines are also able to earn and redeem miles for travel across the partners’ complete networks as well as recognition of their tier status at select airports with benefits such as priority check-in and priority boarding. Akbar Al Baker, Qatar’s group chief executive, said the added service and expanded codeshare agreement “will further cement our position as the airline of choice for customers travelling between Asia, the Middle East and South America.”
Site TitleSite Slogan