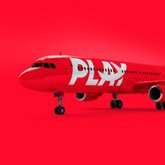 A new, low-cost Icelandic carrier called Play is set to begin selling seats by the end of the year, with routes between Reykjavik and European destinations at first and expansion to North America next spring. The carrier is led by Arnar Már Magnusson, a veteran of now-defunct WOW Air and other former executives of that airline. The company says it is close to securing an operating license from the Icelandic government, after which it will fly two Airbus A321’s to six European gateways. Play expects to be flying 10 aircraft within three years. PLAY’s website (www.flyplay.com) is up and running, and the airline is planning to give away 1,000 tickets to mark its debut. The company has reportedly received about $40 million in funding.
Site TitleSite Slogan