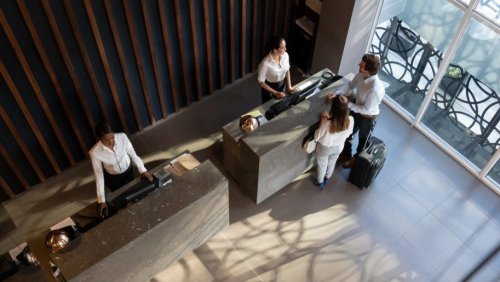 For the four-week period ending May 14, more than three-quarters of all US hotel markets  outperformed their comparable 2019 revenue per available room (RevPAR) on a nominal basis, according to STR. Of 165 STR-defined U.S. markets, only 38 fell short of their 2019 RevPAR, which was a solid improvement from 52 underperformers in April’s update. A look at RevPAR contribution, said STR, shows a greater influence from average daily rate (ADR) than from occupancy in many areas as ADR gains have been spurred both by higher leisure demand and inflationary pressures. As a result, only eight markets averaged lower nominal (non-inflation-adjusted) ADR from 2019 levels in recent weeks. Occupancy, on the other hand, accounts for the bulk of the current recovery’s performance deficits. Outside of leisure-oriented destinations, occupancy levels have mostly fallen short of 2019 levels, with the steepest deficits in larger, traditionally business-oriented markets. However, STR said in a blog that it is encouraged to see solid occupancy gains in a number of markets that have been previously passed over by the recovery. The Top 25 Markets continue building on their early spring performance gains. New York led all large markets (and was the third best market overall) with an occupancy of 78.1%, up 1.8 points from the previous month. While that recent occupancy was still 11 percentage points below the matched 2019 period, it reveals an enormous rebound from the city’s February average occupancy of 53.6%. San Diego (76.8%), Oahu (76.2%), Nashville (75.7%) and Miami (75.6%) round out the occupancy leaders.