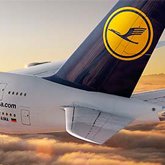 Lufthansa has reintroduced service between Berlin and the US after a 16-year gap. For the first time since 2001, the airline is stationing a long-haul aircraft in Berlin, enabling the connection between the German capital and New York. The service will operate five times a week using an Airbus A330-300. The route will be transferred to Eurowings, the point-to-point leisure arm of Lufthansa in summer 2018. Eurowings plans to further accelerate the growth of its long-haul flights in the 2018 summer timetable period, increasing its capacity to a ten-aircraft fleet. With the new route, the Lufthansa group now offers direct flights from the New York area to four destinations in Germany – Munich, Frankfurt, Dusseldorf and Berlin.