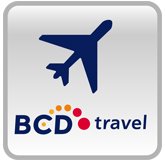 London remained the leading international destination in 2018 for US business travelers despite the UK’s Brexit plans, according to a report from BCD Travel. The company’s “2018 Cities & Trends Report” ranked cities based on ticketed flights booked by its clients in 2018 and 2017 in a range of international markets. Other top five cities were Frankfurt, Tokyo, Paris and Amsterdam. New York City topped the list of domestic US destinations for business travelers, followed by Chicago, Dallas, Washington DC and Atlanta. Last year, Dublin saw the highest growth rate of US business travelers among the top destinations. The Irish capital was ninth in the top 10 cities and saw nearly 30 percent more tickets sold year over year. The report attributed that to increased investment by American businesses into Ireland and vice versa, with large global companies such as Google, Accenture and Facebook establishing European or international headquarters in Dublin over the past several years.
Site TitleSite Slogan